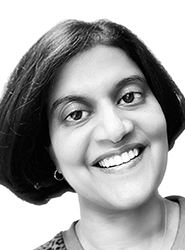 Urmila Seshagiri is Lindsay Young Professor of English and affiliate faculty in Global Studies. She is the author of Race and the Modernist Imagination (Cornell UP, 2010) and is writing a book about the complex legacy of modernist aesthetics in contemporary literature and culture, provisionally titled Still Shocking: Modernism and Fiction in the 21st Century. A Virginia Woolf scholar, Professor Seshagiri is preparing the first scholarly edition of Woolf’s memoir Sketch of the Past for Cornell UP as well as an Oxford World’s Classics centenary edition of Woolf’s 1922 novel Jacob’s Room (Oxford UP) and a Norton Library edition of To the Lighthouse (W. W. Norton & Co.). Her research has been supported by the National Endowment for the Humanities, the American Philosophical Society, the New York Public Library, the Harry Ransom Center, the National Humanities Center, and the Paul Mellon Centre for Studies in British Art. At the University of Tennessee, she has been a Fellow of the UT Humanities Center. She serves as the Out of the Archives Editor for Feminist Modernist Studies, and her work appears in a range of journals and edited collections including PMLA, Modernism/ modernity, Cultural Critique, and The Oxford Handbook to Virginia Woolf. She is a contributor to Public Books and the Los Angeles Review of Books.

In 2020, Urmila Seshagiri received the highest teaching honor in the College of Arts and Sciences, the James R. and Nell W. Cunningham Outstanding Teaching Award. In 2015, she received a National Endowment of the Humanities Enduring Questions Grant to develop a course called “What is Duty?” for the University of Tennessee Chancellor’s Honors Program. From 2009-2011, she held the English Department’s Carroll Distinguished Teaching Chair. She is the recipient of the campus-wide Chancellor’s Award for Excellence in Teaching, the College of Arts and Sciences Junior Faculty Teaching Award, the Department of English Hodges Award for Teaching Excellence, and the Graduate Students in English Outstanding Teaching Award.