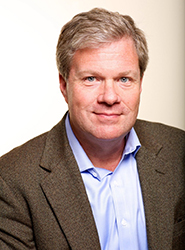 Professor Liuzza’s area of specialization is Old English language and literature. He has a special interest in editing and textual criticism, translation, and Anglo-Saxon science and medicine. His current work is on the Anglo-Saxon sense of time in scientific, historical, and literary works; he is also preparing an edition and translation of Ælfric’s Catholic Homilies for the Dumbarton Oaks Medieval Library.

He regularly teaches Old English and Advanced Old English, as well as the Medieval Literature and the History of the English Language.