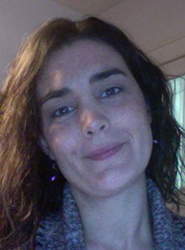 Dr. Nicks specializes in antebellum American literature, with a particular interest in the ways fairy tales influenced sensation fiction, horror, science fiction, and fantasy. Recent scholarly projects use psychoanalysis and Jungian archetypes to explore the ways that 20th and 21st century novels, TV shows, and movies have appropriated and reinvented fairy tales and to what ends. Co-chair of the Fairy Tales Area of the Popular Culture Association/American Culture Association, she also serves on the editorial board of the Journal of Popular Culture.