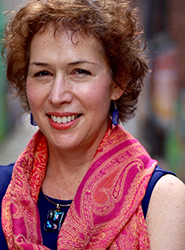 Misty G. Anderson is Professor of English, the James R. Cox Professor in the College of Arts and Sciences, and holds courtesy appointments as an Affiliate Professor in both the Theatre and Religious Studies departments at the University of Tennessee. Anderson is the author of Imagining Methodism in Eighteenth-Century Britain: Enthusiasm, Belief, and the Borders of the Self (Johns Hopkins, 2012) and Female Playwrights and Eighteenth-Century Comedy: Negotiating Marriage on the London Stage (Palgrave, 2002). She a co-editor of the two-volume Routledge Anthology of Restoration and Eighteenth-Century Drama (2017), and Routledge Anthology of Restoration and Eighteenth-Century Performance (2019). She is currently at work on a third book project, God on Stage, and the new R/18 Collective, a consortium of international scholars fostering professional productions of Restoration and eighteenth-century plays relevant to our present conversations about gender, race, sectarianism, nation, and capital.