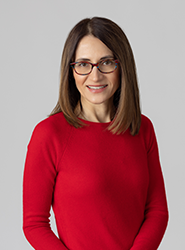 Professor Dzon teaches courses on early English literature and researches medieval devotional culture in late-medieval England. In addition to popular piety, her interests include medieval mysticism; medieval saints’ lives and romances; medieval conceptualizations of the lifecycle, gender and the body; animals studies; as well as visual and manuscript studies. Professor Dzon co-edited an essay collection and published a monograph on the medieval Christ Child. She has a forthcoming edition of Middle English poems on the childhood of Jesus, and continues to explore apocryphal traditions concerning Jesus and other figures connected with the Bible. She is currently working on an edition and translation of a Latin Life of the Virgin Mary and also a monograph on divine emotionality and Marian intercession in the later Middle Ages. An active participant in UTK’s interdisciplinary Marco Institute for Medieval and Renaissance Studies, Professor Dzon is happy to work with graduate students in various medieval fields. At the undergraduate level she particularly enjoys teaching Premodern Beasts, Chaucer, and Medieval Women’s Literary Culture. In general, she loves discovering and discussing with others the myriad unusual and striking sources from the Middle Ages.