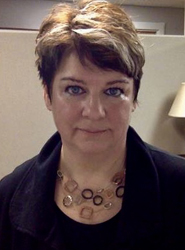 Amy J. Elias is UT Chancellor’s Professor and Distinguished Professor of English and since 2017 has served as Director of the University of Tennessee Humanities Center. She earned tenure at the University of Alabama at Birmingham before coming to UTK in 2002. Elias is the author of Sublime Desire: History and Post-1960s Fiction (Johns Hopkins, 2001), winner of the George and Barbara Perkins Book Prize from the International Society for the Study of Narrative. She is also co-editor of The Planetary Turn: Relationality and Geoaesthetics in the Twenty-First Century (Northwestern, 2015), co-editor of Time: A Vocabulary of the Present (NYU Press, 2016), and editor of the forthcoming Speculative Light: The Arts of Beauford Delaney and James Baldwin (Duke, forthcoming) and authored more than 35 articles and book chapters. She was principal founder of ASAP: The Association for the Study of the Arts of the Present and the founding co-editor-in-chief of ASAP/Journal (Johns Hopkins UP). She is completing a book about speculative forms of dialogue emerging from anthropocene, decolonial, and digital environments and is beginning work on energy humanities studies.

Founding co-editor-in-chief, ASAP/Journal: The Scholarly Journal of The Association for the Study of the Arts of the Present, 2012-2017 with issues in production through 2018. Published by the Johns Hopkins University Press.

Digital and Public Scholarship since 2017