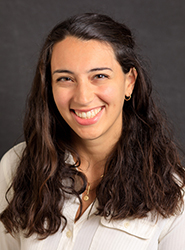 Eleni Palis is an assistant professor of English and Cinema Studies at the University of Tennessee. She received her Ph.D. at the University of Pennsylvania in the Department of English, concentrating in Cinema and Media Studies. Her work focuses on the intersections between classical and post-classical American cinema, race and gender in contemporary American cinema, adaptation, genre theory, and videographic criticism.