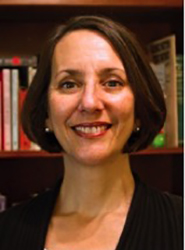 Julia P. McLeod specializes in 19th– and 20th-century American literature, focusing primarily on material culture, economics, and historicist studies. She is interested in intersections of American capitalism and economic expansion and their effects on social and cultural paradigms, particularly in relation to women and work, beginning with the Industrial Revolution and extending into the Progressive Era and the twentieth-century. Her dissertation, “Home/Economics: Enterprise, Property, and Money in Women’s Domestic Fiction, 1860-1930,” examines portrayals of entrepreneurial women by American authors including Elizabeth Stuart Phelps, Charlotte Perkins Gilman, Willa Cather, Pauline E. Hopkins, and Ellen Glasgow. She is also interested in the literature of the South and the preservation of the region’s traditional folklore and foodways.